Recently I had a great chat with a colleague about the periodic table. We began discussing the organization of the table, and the order of the elements. As I previously mentioned, I have no knowledge of chemistry, and I just added the elements in an order that they were submitted. However, what I was able to learn about the real periodic table from this discussion, has definitely changed my approach to the elements.

Here was his suggestion:

"In a periodic table, these are important considerations:

These were great points raised. The order I realize, does kind of matter. Loi also provided a great visual that suggested arranging the elements in a way that works toward organizing the elements based on similar properties, simplicity, and action by all. The elements at the top, should be the ones that are most 'actionable'. 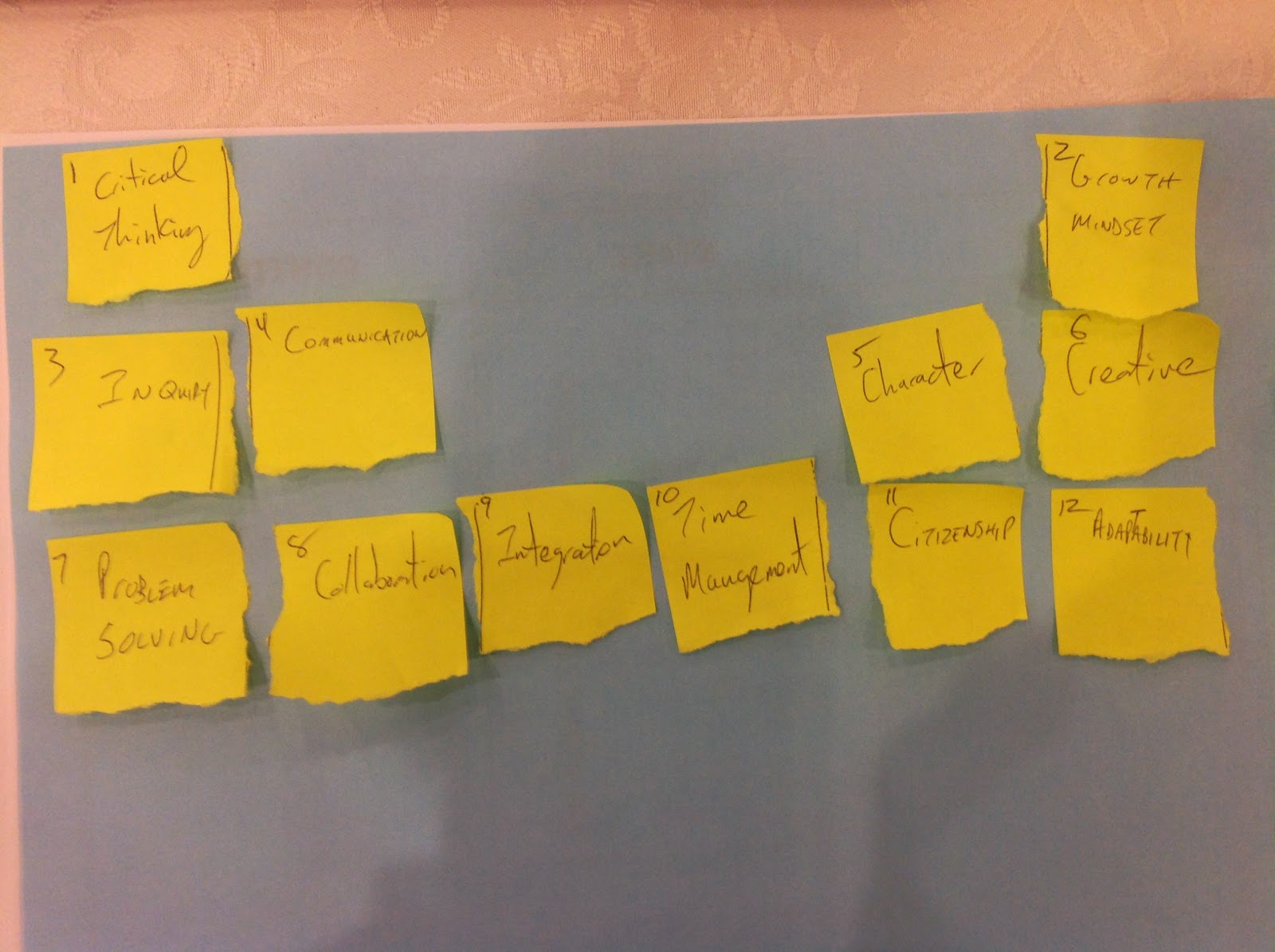 So this discussion got me thinking:
These are important questions that we must ask ourselves in 21st century education. My thought is organizing the elements according to 3 groups:

A. Habits of Mind - what students & teachers should work toward always demonstrating?

B. 21st Century Skills - what skills need to be developed in students & educators?

The real periodic table has similar organization as was pointed out to me - "There are also blocks, that are similar - ie. metals are first 2 cloumns, the last 2 columns would be non-metals."

However, I also think there are many ways to organize the elements in terms of groups, importance, etc. Just like identifying the actual elements, there is no simple, single answer; and I think that many people, may have many different ideas. So I put this back out to the 'Twitterverse',

"How Should We Organize 21st Century Education Elements?"