The creation of the 'Periodic Table of 21st Century Education' was an idea born from the collaboration & input of many. I wanted to continue with this philosophy, and am especially pleased it has. I had originally thought of creating something like this on my own; however, quickly realized that there are far too many educators out there, who have way more knowledge & insight than I could possibly add! I think when having a conversation like this, it's even more powerful when there are many involved in it.

So over the last few days, many educators have shared, favourited, offered insight, added their elements to the table; and it has quickly doubled to 12 elements. The ideas that many have offered have sparked conversation, and has my mind racing, thinking about what other elements should be added. And although there are only 12 right now, the list could be much longer!

Many have offered multiple elements, each of which could & should be on the Table. However, in the spirit of collaboration, I have chosen to limit contributions to one element per person. My hope is that it will allow more educators to engage in the conversation, and offer their own opinions, without feeling as if their voice has already been taken from them.

I have also decided to capture as much of the conversation as possible; the back and forth dialogue which has happened in the 'Twitter'sphere' has been added to the following Storify:

So here's the updated Periodic Table, 12 elements in all, with many more (hopefully) still to come! 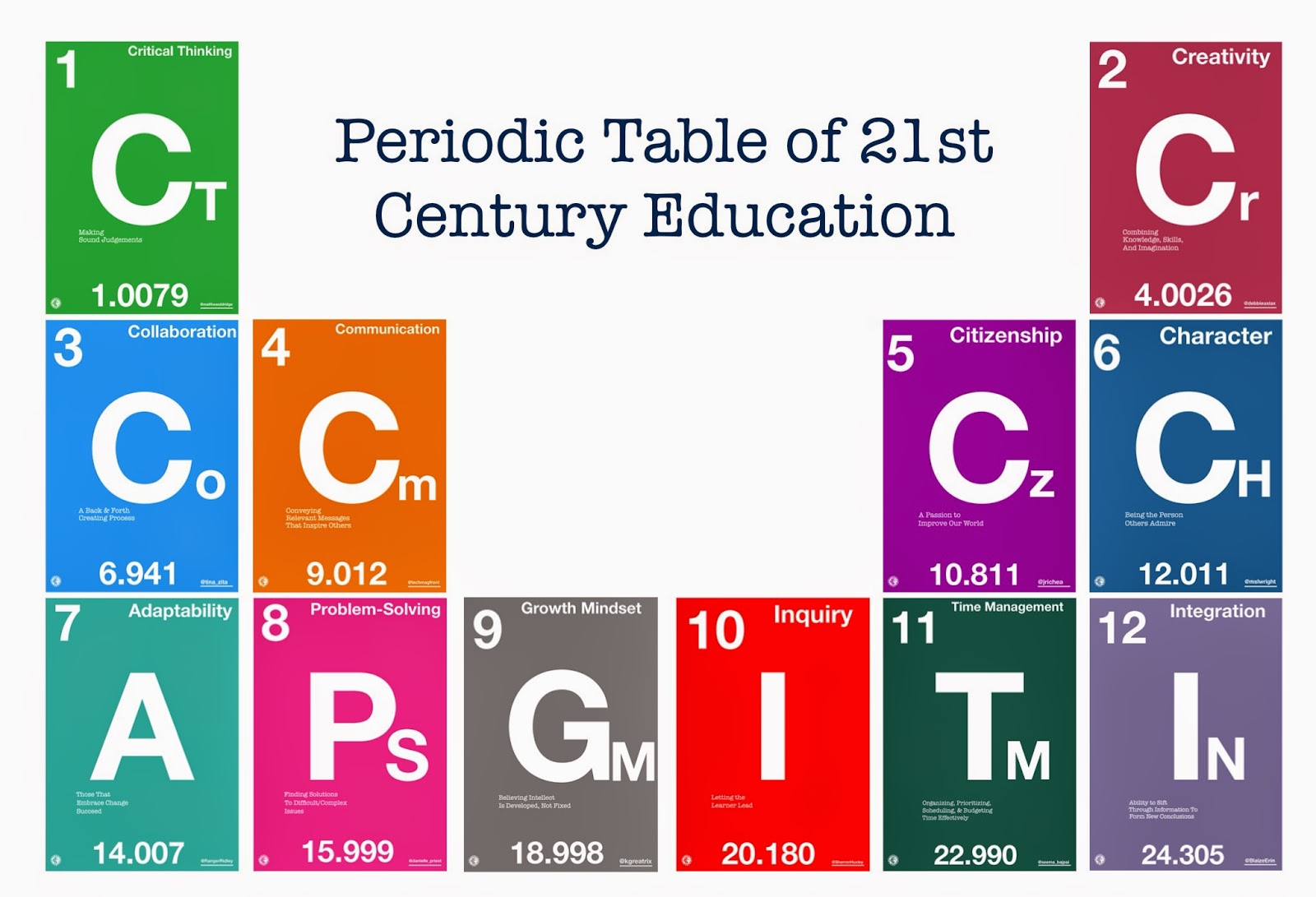